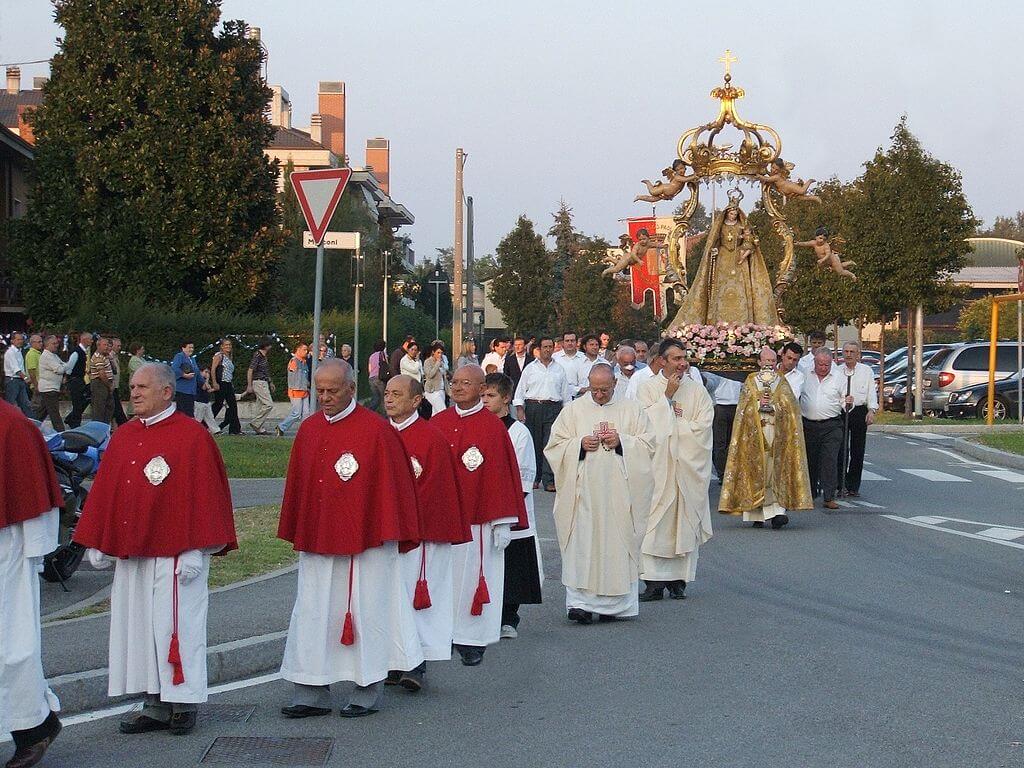 INDIA is a land with very rich history of ancient SAINTS who have enjoyed GOD’S LOVE. Saints belong to a single religion of LOVE. They are the children of GOD. In their absence people might have accepted the general opinion that GOD is childless.
Right from my childhood since I was exposed to an extra ordinary personality of AAGA SAHIB , a Colonel in the British Army posted at Bhopal during the years 1955-62 .

It was my desire to find out the difference in the bliss level of an ordinary seeker of truth of my status & the GOD blessed Colonel  who happened to be the son- in-law  of NAWAB Sahib of Bhopal. Though he had a Christian background but lived like a Muslim. There was also a Convent School on IDGAH hill at Bhopal where the teachers were known as sisters and nuns. My attention was attracted towards the charming and lovely nature of the sisters. I always cherished to know the meaning of the divine aspect of their personality.

This desire was fulfilled with the blessings of Mother Mary on 07 AUG 1978. How all this fortune came in my life is a matter of discussion in this BLOG.
I appeared in Service Selection Board Interview wef 05 MAR 1970 at Bangalore for joining ARMY while I was serving in Delhi Development Authority as a Trainee Engineer. The Rock Garden of East Patel Nagar was inaugurated in FEB 1970 which had two fountains. I was put to test by my superior officer to design the size of nozzles & the horse power of motors for these fountains . This appeared to be a small professional task which I could do successfully.

Now let me share my experience regarding exposure to a wonderful person that I had during  the SSB interview in Bangalore held wef 06 MAR 1970. Our Group Testing Officer was Major Lobow. He created yet another impression in my mind about the royal standard of the Christian Soldiers. I was a born KHALSA  who had an attitude of a saint soldier but was without having been tested for soldiering at the age of 21 years. During selection process of 4 days I lost my weight by ONE KG i.e. It came down from 45 kg to 44 kg. Minimum weight requirement for joining ARMY is 50 kg. The final Medical test took 15 days time since Specialist Doctor of Military Hospital was away on temporary duty. On 25 MAR 1970, I was weighed with the  weighing machine reading showing my weight as 50.5 kg. The gain of 6.5 kg took place due to healthy and rich diet that I enjoyed first time in life without undertaking any professional duty. Till then I had never got an opportunity to read the holy book BIBLE of Christians.

After selection through SSB, I joined the Indian Military Academy Dehradun.   In  the IMA , I  started enjoying very  hard training  wef    22 JUL 1970. The daily routine involved waking up at 0500 hrs and training time  up  to 1330 hrs in heavy  showers of rains but it was a great experience in life. Although this tough drill invloved too much of sweating of the body which was  more than 5 litres per day . The training officers were Captains who had three stars shining on each shoulder. They always held a blissful aura around them & their behavior was par excellent. The battalion commander was Lt Col R S Pannu who was over 6 ft tall with a chest size of 56 inches. His voice was like real LION. He never used the Mike system to address the gentlemen cadets, as we were addressed in the Academy. Later he was awarded Mahaveer Chakra during Bangla Desh liberation war of 1971. The ACADEMY ADJUTANT was Major Bhawani Singh who happened to be the Maharaja of Jaipur and was the brightest officer . He was awarded Mahaveer Chakra in 1971 war on his great contribution on  the western border. He used to come on his horse to observe/test our walking drill practicein uniform. Our Commandant was Maj Gen Rajindra Prashad , a short height brilliant officer I have ever seen in my life . He inspired us all to be the best officers of the army in the world.  We were also fortunate as we got a chance to listen to the speech of US Army General Westmoorland  on 07 OCT 1970 who specially flew in his helicopter to the Academy , the then VIETNAM WAR Commander. Getting exposed to such a great personality  was a blissful  experience in itself.

During this initial training phase of 06 months I felt like I had lost the touch with my divine self in life but at the same time GOD was kind again as I was deeply absorbed in enjoying the beauty of nature i.e. sun rise …..during the  training phase. I did not meet any Christian Officer here in the Academy. My directing staff was Captain G D Sharma , who later retired as Maj General in the year 2001, belonging to 14 Rajput Battalion of Indian Army.

After about five years in the Army Service, I now got exposed to a great Christian Soldier i.e. Maj Gen D Souza in the year 1975. He was our AREA COMMANDER in DELHI CANTT. At this time I was posted as a Captain in Delhi EME Base Workshop. Here in the workshop once  we got an opportunity to do the task of  overhauling 3000 engines of Tata Buses of Delhi Transport Undertaking in a record 5 months time thus facilitating commuting of over 02 million people daily. I was heavily  loaded with great responsibilities of my professional life in this base workshop. The reason was that my morale was always sky high. Here I got married on 07 SEP 1975 at WAUGN’S Club  Delhi Cantt without any charges paid for the function as I enjoyed the blessings of the Area Commander. From Delhi I moved to J & K Border wef 04 JUN 1977 after a spell of 9 months course ( GOEO & GOBL ) at EME School Vadodara & MCEME Secundrabad.

I was given a warm welcom at Kathua railway station with a hot cup of coffee at 0600 hrs on  04 JUN 1977 by a delegation sent by Lt Col S D Kale , the commander of 78 Med Regt. Here I was lucky to pass my promotion examination to become a Major. I always felt in this tenure very lightly loaded & hence got an opportunity to do experiments again in life in LOVE of GOD . I had the command of 34 soldier technicians which included a few Christian soldiers. I could never feel comfortable with them though soldiers who were devotees of LORD HANUMAN JEE  always brought laurels to the workshop  in my service to the Regiment which had 22 GUNS 130 MM barrel capable of firing up on enemy  lines at  a distance of 30 Kilometers.

I was blessed by Mother Mary during this phase of my life at the age of 29 years.  During my stay in J & K  , I was now exposed to Nursing Officers of Military Hospital Pathankot during my monthly visit to patients who were admitted for treatment. The MATRON, a Christian Officer of Colonel rank was truly  a wonderful personality . One fine day during the visit to my colleague officer Majot S S Thind  on 05 AUG 1978, I was asked by his wife , “ I am the proud mother of a single son & my only desire is that he should get admission to Saint Joseph Convent School Pathankot.’’  All her attempts had failed. I casually mentioned that this would be simple a task to do. I will take on this challenge to get him the admission in that school. But I put a condition to her that she will serve me with nice cooked meat of rabbits for a week after my success in this task . I was a non vegetarian then. She honoured it wef  08 AUG 1978 .

It was 0900 hrs on 06AUG 1978 , I entered the office of Mother Superior , the Principal of Saint Josheph Convent School Pathankot with salutation in Uniform as a Captain along with the little boy who was 4 years old. She was nice to give a nod & signaled me to sit down on a chair opposite to her table. She took 5 minutes to look at me after finishing her paper work in hand. Though there was no vacancy in KG but my GURU had blessed me success during my prayer done in ambrosial hours. She got convinced, with my arguments connected with the feelings of the mother of the boy shared with her  & the little boy was given admission at 1100 hrs with fees paid & school bag collected by 1400 hrs. I told her that I have an agreement with my GURU that whoever is kind to me will be blessed to enjoy fulfillment of his/her desire of life. I also observed a few of young and good looking teachers in the school during my interaction of 3 hours with her.

While going to bed I prayed to my GURU , “ How it is possible for the principal of the school to have lived her life as a VIRGIN since it is  the  job of a great devotee of HANUMAN JEE alone WHO lived like a bachelor in life in his love of Lord RAAM.  ? ’’  In the ARMY less than 7 % strength enjoys this status. My humble prayer questioned to know from the GURU the real truth behind her  life of over 55 years since her face was blooming  during my meeting her in the office. I went to deep sleep around 10 PM. In the morning around 0350 hrs on 07 AUG 1978 , I saw a dream where I found myself moving in that school. Before I could focus my view in the garden on a young teacher in about 2 minutes , I found Mother Mary standing in front of  the office of the Principal . SHE blessed me & showed on her right hand palm radiating INFINITE BLISS towards me for over a Minute. This bliss was full of pure WHITE colour .

Prior to above experience of this kind of infinite bliss I had been blessed during my meeting with SATHYA SAI BABA on 25 MAY 1978 at 0355 hrs , the BLISS had GOLDEN COLOUR. I got up to see that it was exactly 0400 hrs. This was the time to do morning ablutions & be ready to sit for meditation wef 0430 hrs to 0700 hrs. I was excused PT Parade of morning by The Commander of the Regt who was now Lt Col S K Nanda. During meditation the focus of mind is on the lotus feet of Sat Guru Nanak.

I was told by Mother Mary after the dream that I should not take the help of an orderly  ( Helper/Sewadar) to get up  & wait for him to support my morning bathing process. Since on that day my helper  Sepoy Swamy , a Christian Soldier,  had been put to extra night duty & needed rest for that hour to recoup his energy for duty . Mother MARRY came in my dreams for blessing me & advised me to order rest for Sepoy Swamy , a driver by trade. I enjoyed LOVE of SERVICE of  this great soldier during my long stay in army service. This experience confirmed to me that Saints exist in this world in all religions  & were not confined to SIKHISM.  Since then I have been enjoying CHRISTMUS celebrations in my life at INDORE.!!I will discuss in my next BLOG regarding my meeting a great SAINT from HARIDWAR in JAN 1983 while I was serving at 3 EME Center BHOPAL.

The inspiration for writing this BLOG comes from an eminent member of the Speaking Tree. I sincerely thank the member whose inspiration incited me to share my views with you all and give a glimpse of the nature of divine love of MOTHER with everyone.
This is not aimed at boosting my ego nor hurting anybody’s feelings but is purely for humble sharing with the special beloveds of GOD .

7 thoughts on “BLESSINGS OF MOTHER MARY”