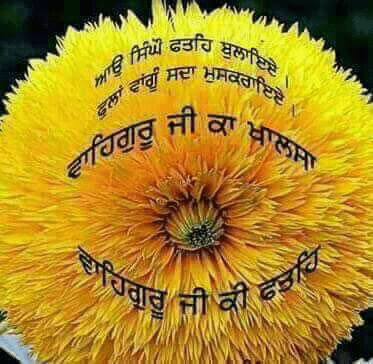 2. Baba Deep Singh Ji was a master of many languages including Gurmukhi, Sanskrit, Persian, Arabic and several other languages.

While at Anandpur Sahib, he immersed himself in his studies of Sikh philosophy and Sri Guru Granth Sahib, the Sikh holy scriptures. It is difficult for us to master a single language even though we learn it from childhood! Imagine mastering several languages.

3. Guru Gobind Singh Ji also taught him the art of horsemanship, hunting, arms training and the use of the bow (archery) and other weapons.

At the age of 20, he became one of the bravest warriors in the Khalsa Army. Even today, his life serves as an example for each one of us on how to live as a Sant Sipahi (Saint-Soldier).

In the second engagement with Jahan Khan Forces near the village of Goharwal, Baba Deep Singh Ji and all the Sikhs fought with such great courage that the enemy was almost defeated but soon after large army of reinforcements arrived for Jahan Khan’s men, however Baba Ji and Sikhs continued fighting and advancing towards Amritsar. During the clash, both Jahan Khan and Baba Ji swung their weapons with great force, decapitating Jahan Khan and mortally wounding Baba Ji on his neck. One of the Sikh reminded him of the vowed to die in the precincts of the Harmandir Sahib. He kept his promise by continuing to hold his head up right with his left hand, whilst continuing to fight with his 20kg+ Khanda in his right hand. He reached the periphery of Harmandir Sahib where he breathed his last.

He is also known as Anokhe Amar Shaheed Baba Deep Singh Ji. Only someone with spiritual strength could accomplish such a task.

In about 1709, Baba Deep Singh Ji along with Baba Banda Singh Bahadur, killed the Wazir Khan who was responsible for the martyrdom of Guru Gobind Singh Ji’s younger Sahibzade (Guru Ji’s sons) Baba Zorawar Singh Ji and Baba Fateh Singh Ji, as well as Mata Gujar Kaur Ji. Although the Muslim army outnumbered the Sikhs significantly, the Sikh army was able to easily defeat the Muslim forces. By killing the Wazir Khan, the chapter of tyranny of this Mughal leader was closed. 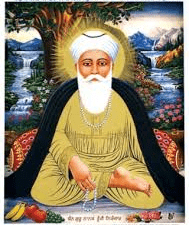 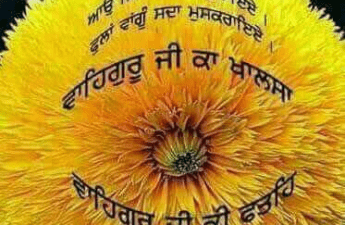